Our new season is off to a great start! Before we go much further in our 17th season, we wanted to introduce you to our newest members of the Ad Deum family. Each one is beautiful inside and out, and they each add so much to our community. We are incredibly blessed to have them!!

Anna began her dance training in Cincinnati, Ohio at the age of 11 to improve her grace as a figure skater. Soon she became fully devoted to dance (being warm) and began studying at various studios in Ohio including Patty Pille’s School of Dance, Dance Kids Studio, Cincinnati Youth Ballet, and the School for Creative and Performing Arts. While majoring in dance at Wright State University, she also trained as a member of the Dayton Contemporary Dance Company’s second company for two years. During this time she had the honor of working with artists from Koresh, DCDC, Jon Lehrer, and Broadway’s Greg Graham. Anna was also blessed to have the opportunity to train for two summers with the late River North Dance Chicago; first as a summer intensive student and then as an apprentice. Since graduating cum laude with her BFA in dance in 2015, she has enjoyed teaching for programs such as Revolution Dance Theatre and performing for Crossroad Community Church’s production of Awaited. Anna is so grateful to have found a new home with Ad Deum Dance Company and is so excited for her first season.

Katie grew up dancing at Boni’s Dance and Performing Arts Studio in The Woodlands, Texas. She attended Southern Methodist University on a full-ride academic scholarship and graduated with a BFA in dance, BA in international studies, and minor in French. Katie and her husband are thrilled to be back in Houston near their families, Katie’s Boni’s family, and her new Ad Deum family!

Seth began his training at 8 years old at Dramatic Truth School of the Arts in Kansas City, Missouri. Since graduating from the school in 2014, he has trained at the American Dance Center, Kansas School of Classical Ballet, and Ballet Austin's summer intensive on multiple occasions and has performed with companies such as Storling Dance Theatre, Lawrence Ballet Theatre, and the American Youth Ballet, and Open Sky Arts Collaborative. Seth is excited to be starting his first season with Ad Deum as an apprentice.

Hannah Anderson began her training in Kansas City, Missouri at Dramatic Truth Ballet Theatre. She enjoyed four seasons with Störling Dance Theatre, and in her final season, choreographed two works on the company. In 2016, she danced in the premiere of Dianne McIntyre’s “When We Come To It,” and is currently the associate director of Open Sky Arts Collective. Hannah is excited to be guesting with Ad Deum this season. 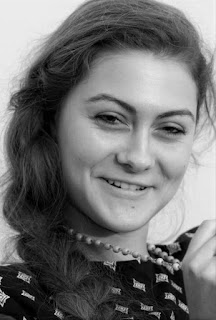 Alena Hirzel is from Biel, Switzerland, where she is very involved with Jahu Church. She is excited to be working with Ad Deum 2 this season.

Cassidy was born and raised in Edmond, Oklahoma, where she began training under Jeff and Natalie Lewis of Arrows International at age thirteen. She trained and traveled with their company for four years ministering all over the world and worked as their Junior Company Assistant Director her last year. She is thrilled to be joining AD2 this season.

Grace Sutherland was born and raised in Kansas City, Missouri where she began her dance training at Dramatic Truth School of the Arts. She trained there from the age of 4 to 17 and graduated from the school, as well as apprenticed with the company for one year. Grace has also trained at Kansas City Ballet and performed with Open Sky Arts Collective. Currently, Grace is dancing with Ad Deum 2 and teaching dance in various schools in Houston. She is excited and expectant to see what God will do in this next season!

Katarina is from Crawfordsville, Indiana where she began dancing at Crawfordsville Academy of Dance. She continued her training at Grand Valley State University in Allendale, Michigan where she received a BA in dance. While there, she had the opportunity to work with many renowned choreographers and dancers such as Amy O'Neal, Take Ueyama, Samm Shelton, and Jesse Zaritt. Her final year at Grand Valley, Katarina directed a student performance that included original works created by herself and other students. This year Katarina is excited to be joining Ad Deum II as an apprentice.

From Monterrey, México, Ricardo began studying a degree in contemporary dance at Escuela Superior de Música y Danza de Monterrey, during his preparation participated in various choreographies of great Mexican choreographers. He was invited to participate in the V Contest Ernestina Quintana in Havanna Cuba and Festivals Contemporary Dance; and he was invited to participate in and graduated from the Compañia Representativa de la Universidad Autonoma de Monterrey directed by Jaime Blanc (Dancer of the National Company of Mexico). This year, he feels excited to join Ad Deum II as an apprentice.

Sara Ying was born in Taiwan. She was training in Taiwanese dance school. In 2015, she graduated from Nanjing Normal University. She participated in OM ARTS International “Incarnate 2016” and started her missionary journey. She is thankful for joining ADII, this big family. She is excited to worship God and use her life to share God’s love to people.

Stephanie Parks grew up in Traverse City, MI, training at Ballet Etc under Thomas Morrell. In 2013, she was accepted into Ballet Magnificat’s Trainee Program, where she trained for two years; performing a variety of Ballet Magnificat repertoire, including works by Jiri Voborsky. For the 2015-2016 season, she joined Soli Deo Gloria Contemporary Ballet as an apprentice dancer.
This is Stephanie’s first year with ADII, and she is excited to see what God will do.

William Loufik is from Woodstown, New Jersey. He got his training as a BFA major at the University of Utah and in the summer programs of Ballet West and Boston Ballet. He has danced in Nevada Ballet Theatre, cruise lines, musicals, music videos and movies in LA. He has a Masters of Divinity from Fuller Theological Seminary. William’s heart is to see God use the arts to advance his kingdom in the world and within the church. He joins AD II as an intern.

Xinyi Zhang is from China. She graduated from Beijing Dance Academy. She joined ADⅡ in 2016.

Come meet our talented new members sometime this season. We hope to see you soon!
Posted by Ad Deum Dance Company at 7:38 PM No comments: